History of the Orvieto Lace

In 1907 by the initiatives of a number of exponents of the local aristocracy a benevolent society Ars Wetana was born which proposed to give women the opportunity of earning money by means of not too burdensome work at home. The idea was launched by Senator Conte Eugenio Faina and was achieved thanks to his son Claudio who donated the first funds, to his daughter Maria Vittoria and to the noble ladies Eugenia Petrangeli and Paolina Valentini, who occupied themselves in picking out simple but exquisite work which the women could carry out at home. Irish lace was chosen because of its typicality and because it allowed the work to be shared between a number of workers. From the beginning the lace acquired characteristics typical of Orvieto from both the technical and decorative points of view. Ars Wetana developed the production and packaging of lace and trimmings, in particular reminiscent of the ornamentation in the cathedral at Orvieto. Thus the typical decorative motifs simulate the leaves of ivy, acanthus and vine, flowers, figures and animals featured in the 14th century bas-reliefs of the Cathedral capturing them in an imperceptible net. The beauty of the ornamentation in relief was enhanced by the ironing, which, with particular devices, made as if it was embroidered close to the bas- reliefs of the Cathedral. Ars Wetana ceased being a charitable organisation in 1974 when it became a company under the direction of Clara Paragiani. Already in the first years that Ars Wetana was established Orvieto lace started to spread and to perfect itself even outside the benevolent society.In fact at a particularly exalted artistic level two figures rink significantly, that of Louisa Geremei Pettinelli and Maria Luigia Moretti, working privately with their skill and creativity contributed in expanding the expressive potentiality of this art. 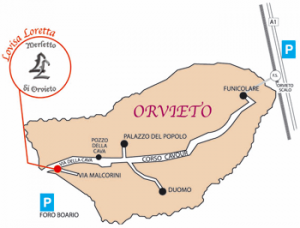